Unwanted sounds in the engine 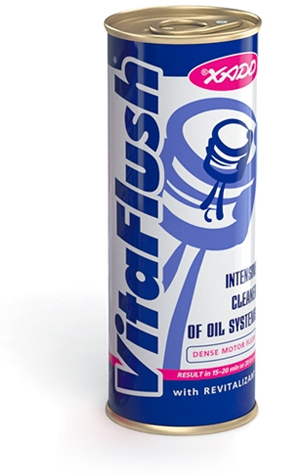 VitaFlush Cleaner is designed to clean oil system of the fuel and diesel engines of all types (including the turbocharged engines) and transmission units. Completely cleans all deteriorations, resinous sediments and removes it with used oil. Due to revitalizant restores up to 70% of lost metal. It applies during the oil change as a prophylactic for cleaning and protecting from wear-out. Also it can be used as adaptive cleaner after changing the oil of a different viscosity (i.e. from the mineral on synthetic) or manufacturer.